In June last year I fitted a cushion to a bus stop bench on the A40 at Llangadog (details here). After a year it had become dirty and sun bleached so I thought I'd better replace it with a new one. Here it is. 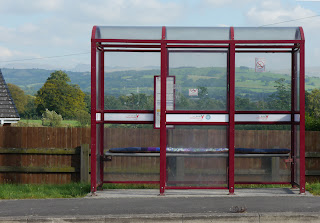 I hope the people in the nearby houses look after it as well as they did the last one - I would occasionally pass by and it would be hanging down at the back or off the side, but by the time I'd return, someone would have straightened it up again. 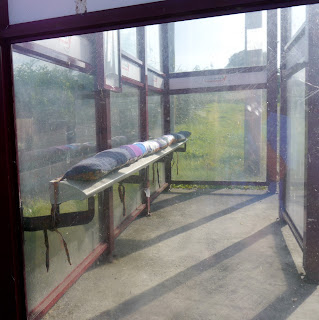 Over the past year I've seen people stop to photograph it and seen many people sitting on it. I think this one is even more comfortable. 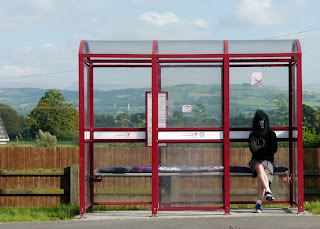 Posted by Mick Sheridan Upholstery at 04:06