'Inside Out' chair for Cambrian Wool Challenge


I was delighted to be selected for the Cambrian Wool Challenge with one of my traditionally upholstered 'Inside Out' chairs, and here it is 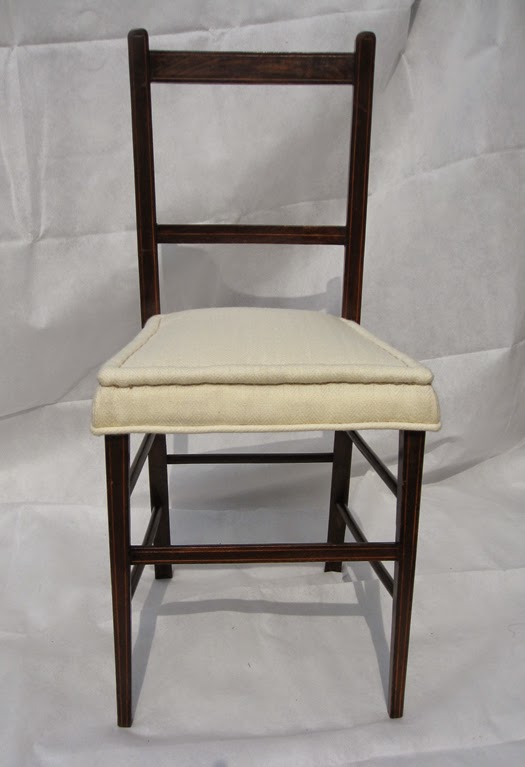 The 'inside out' concept came about because I hate having to cover up hand stitched upholstery, it takes so long to complete and then it’s just smoothed over with wadding. Most people have no idea what’s underneath the fabric of the chair they’re sitting on and certainly no idea how complicated it can be, so I started incorporating the top cover into the process, displaying a little bit of the inside on the outside

This was originally a cane chair came that from a skip. It was in poor repair with heavy woodworm in the seat but not in the rest of the frame (I thought it was mahogany but I now think it's another hardwood, rose maybe?). 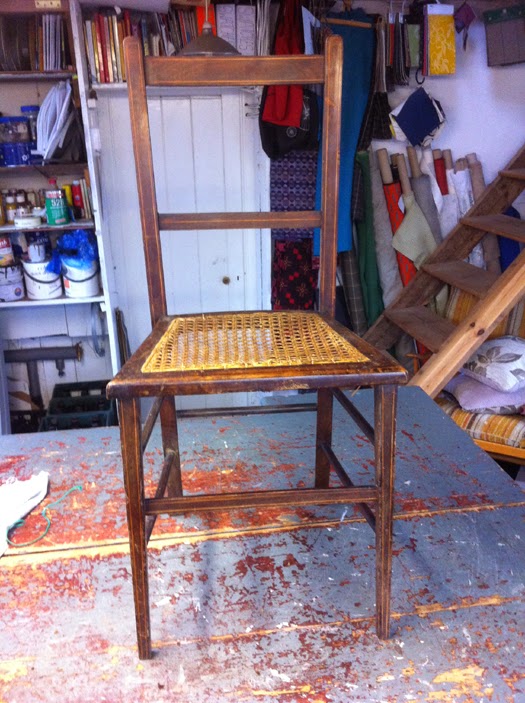 I cleaned, stripped and French polished the wood and inlay, removed the cane and started reupholstery. 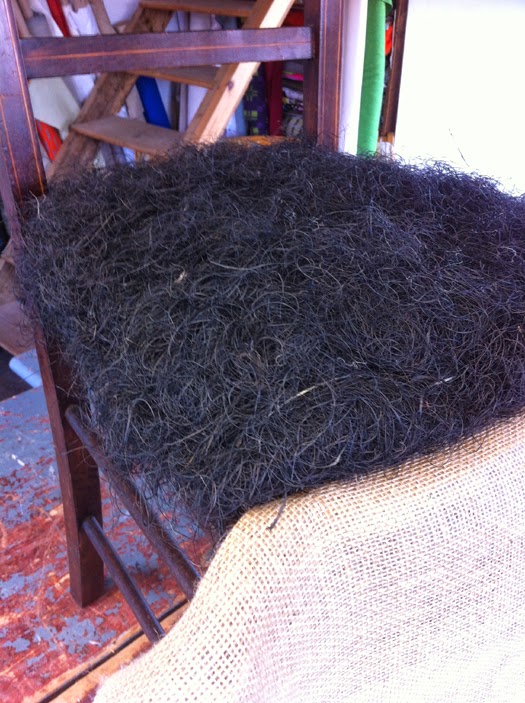 It's stuffed with vegetable fibre and stitched up to the first stuffing stage. 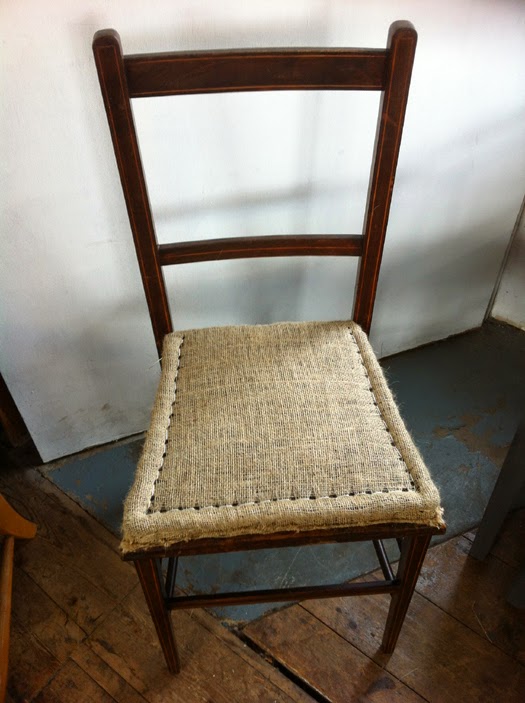 To preserve the shape of the edge-roll and to give the chair its inside-out look, the top cover is then stitched directly into the seat (after a layer of felt and skin wadding to give the seat shape and finish). 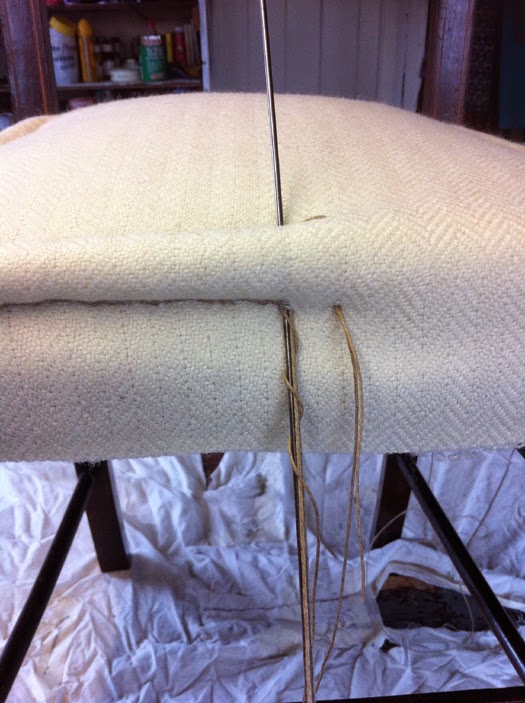 I had actually expected a flat-weave fabric rather than twill (because I didn't read the entry form properly) so was concerned that it was too light to take the heavy stitches in twine, but it worked great - the herringbone weave helping to judge the stitch length as accurately as I could. 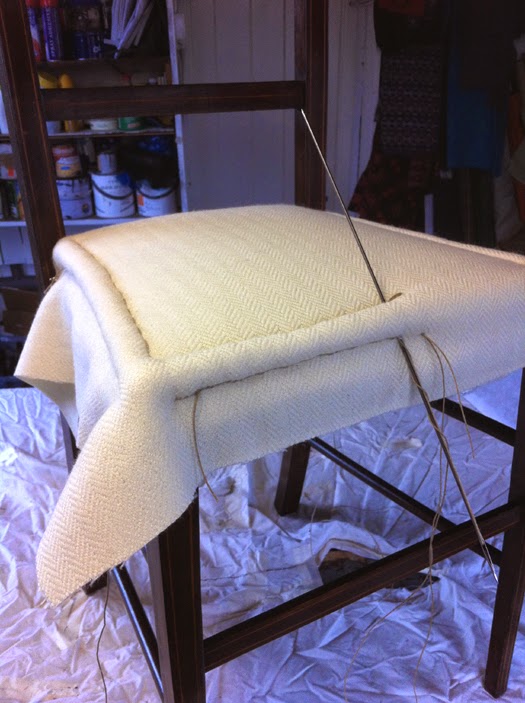 And so here it is, another 'inside out' chair - a concept that one journalist called 'the Richard Rogers school of upholstery' in reference to the architect’s famous placement of building services (lifts, ducts, pipes, etc) on the outside of his buildings.

I'll take that as a compliment.


This chair will be touring with the Cambrian Wool Challenge Exhibition, stopping at Hay Festival, The London Welsh Centre, Llandovery Sheep Festival, Made by Hand Wales and Wonderwool Wales.

Posted by Mick Sheridan Upholstery at 12:31