Here's a chair I wombled from a skip, now available for bus travellers on the A40 at Glangrwyney, near Abergavenny. 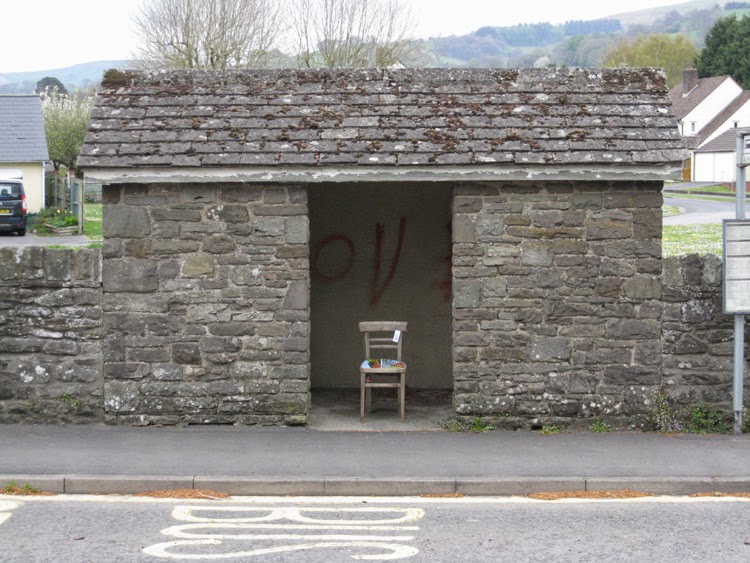 This chair had clearly been outside for a while and had acquired the greyness, a patina synonymous with much accidental garden furniture. I decided to keep the outdoor theme and cover it in a discarded painting of a river by my excellent wife. 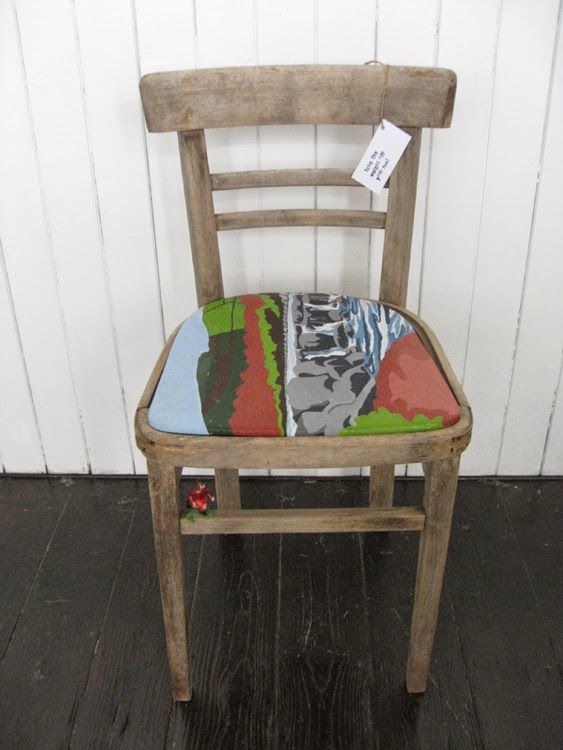 And in celebration of the coming World Cup I went for a 1970's Super Striker figure. 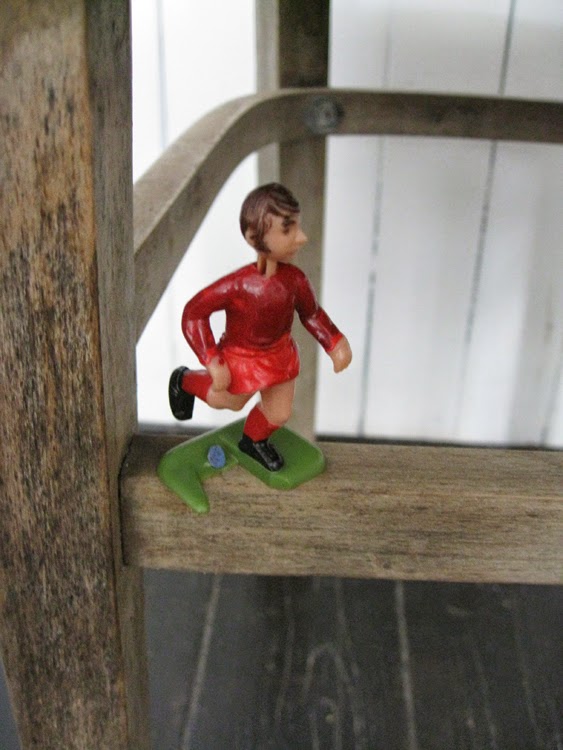 Come on England.
Posted by Mick Sheridan Upholstery at 01:55 No comments:


A pair (honestly it's not two photos of the same one) of 1990 IKEA sofas reupholstered in fantastic Bute tweed. 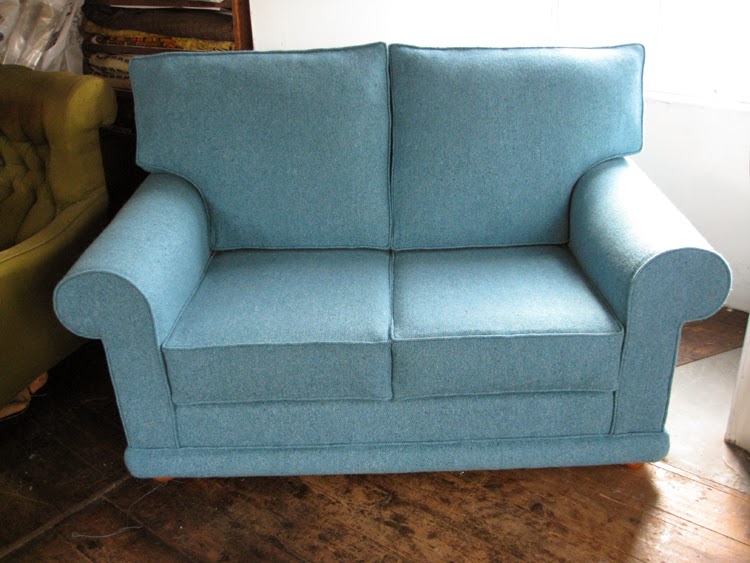 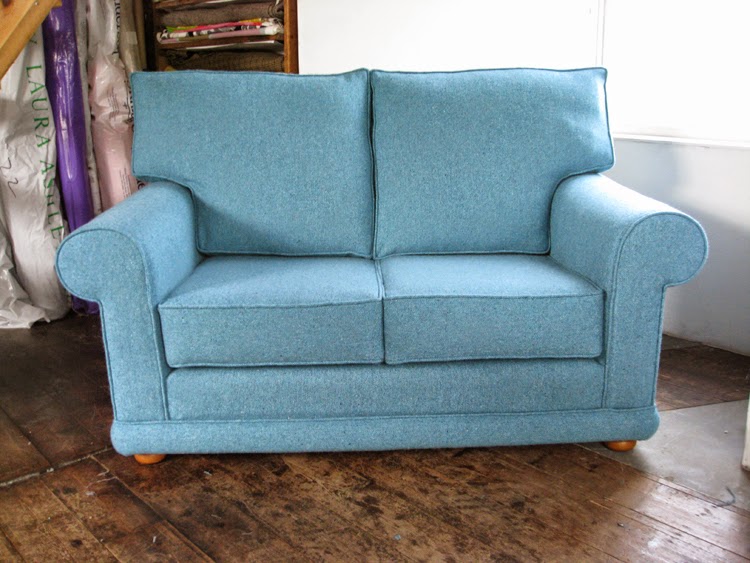 Who says IKEA make cheap, poor quality furniture? Ok, I probably do - me and most other upholsterers I suspect. I tried to discourage this customer from having these done saying 'you can probably buy a new one for much less money', but they were adamant that they couldn't find anything comparable either new or second hand so I had a look and after taking the bottom off realised that underneath the fabric they were still in pretty good condition. 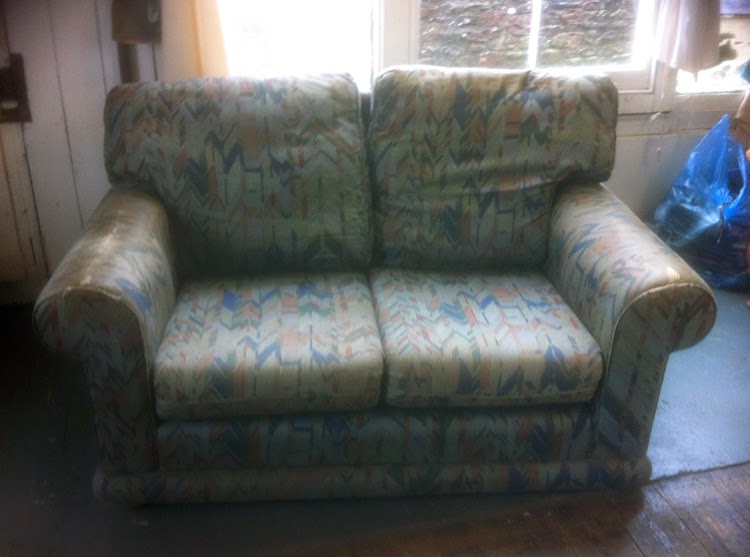 It turns out these sofas were actually made in the UK by Buoyant Upholstery and after 20+ years of family life, the seat cushions were almost as new and the backs weren't too bad either. Solid pine, some chipboard and some fibreboard made a pretty solid frame - no worse than many manufacturers who claim to make 'traditional' furniture. I don't know if IKEA are still using UK manufacturers, but fair play to them if they are.

I just added some polyester wadding and with the Bute fabric the customer bravely chose I'm certain they'll get another 20+ years use from these. 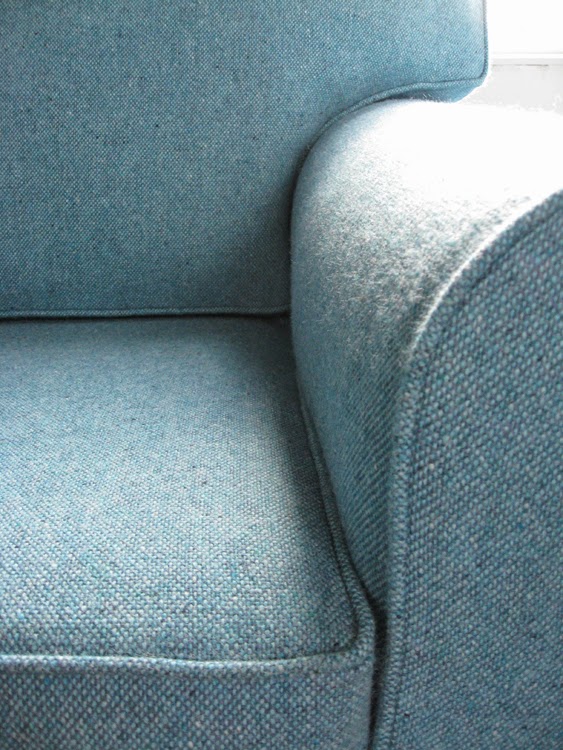 And thanks to the Bute wool they're a damn sight more stylish, even if I do say so myself. 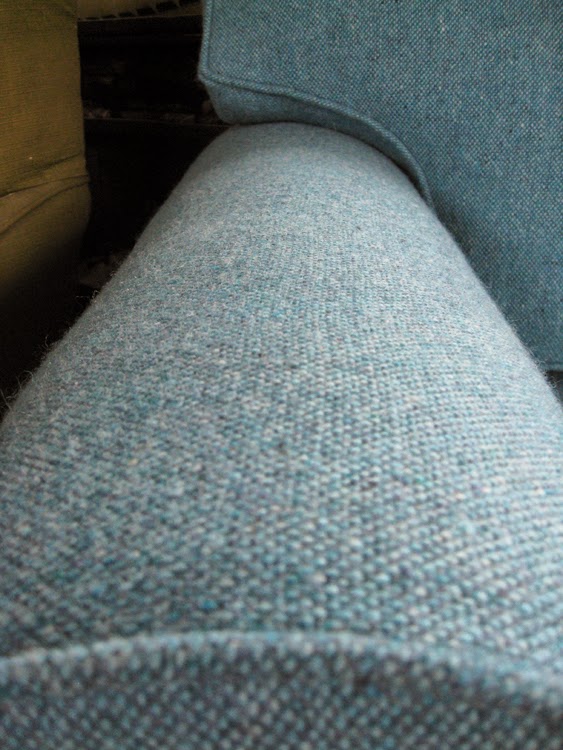 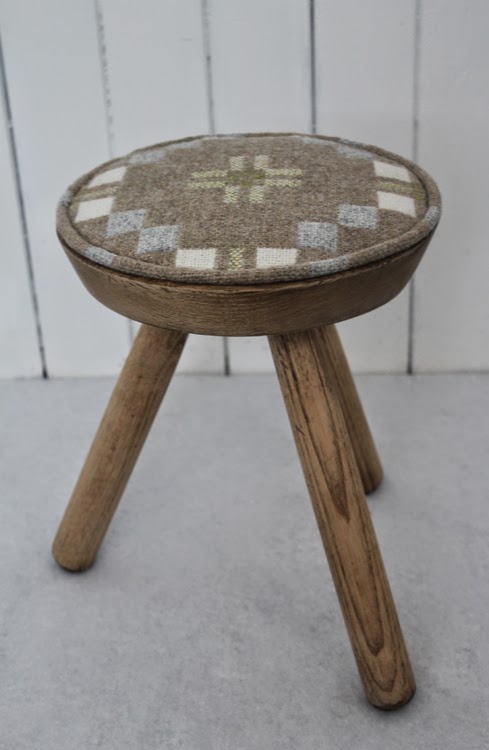 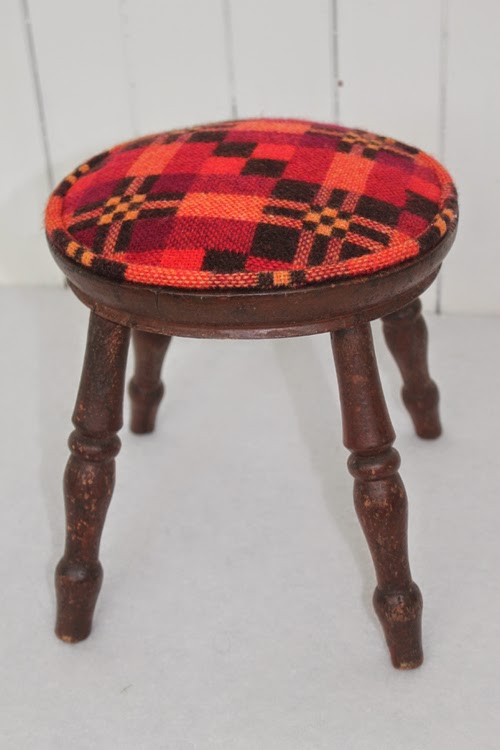 I reckon these are pretty cool, bordering on cute but cool nonetheless.

Yours for £95 - would look really excellent in your living room near the telly.


Posted by Mick Sheridan Upholstery at 07:38 No comments: 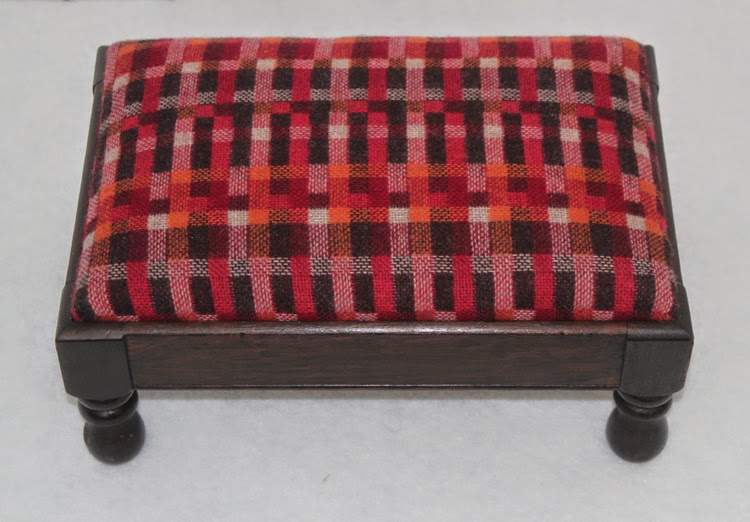 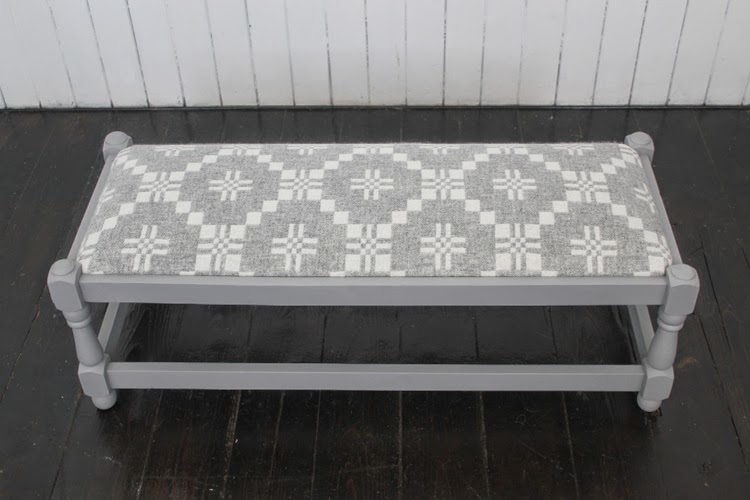