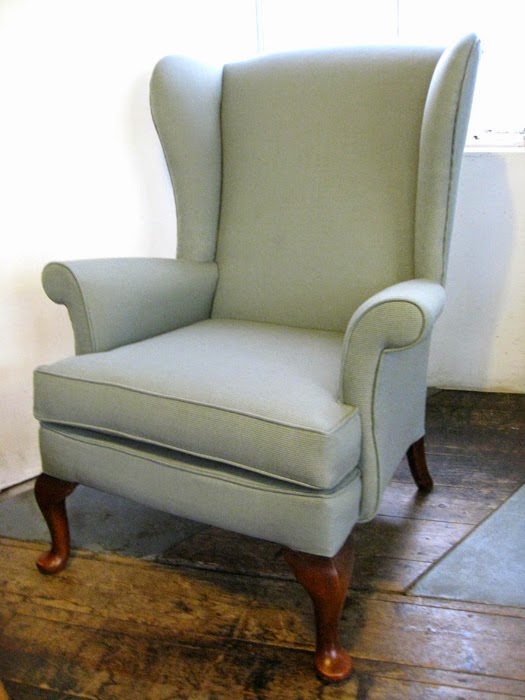 The Parker Knoll 720 is probably familiar to every reupholsterer in Britain - for everyone else, have a look in your grandmother's house, there's probably one in the living room. 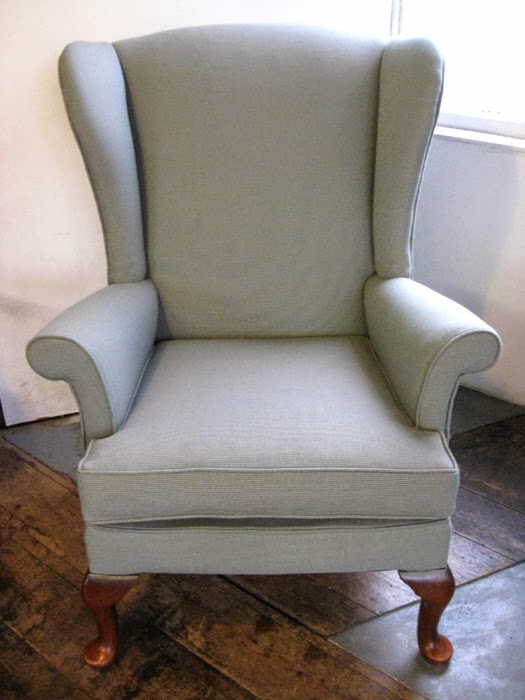 Recognise it? They retail at around £1000 new but if you find one second hand (look for the fire certs underneath to save money on the reupholstery) I can re-do it for about £500. Made by hand and cheaper than DFS. 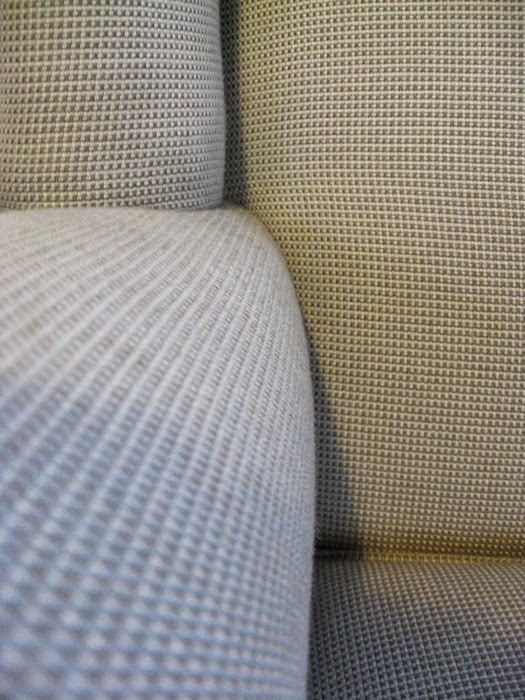 What are you waiting for?

This was a commission.
Posted by Mick Sheridan Upholstery at 02:18 1 comment: 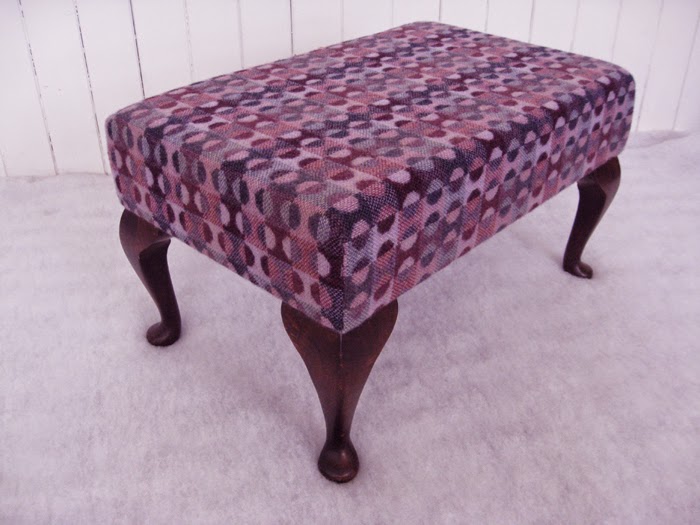 Despite appearances in this photo, the stool does have four legs...

This was a commission.
Posted by Mick Sheridan Upholstery at 03:10 No comments: 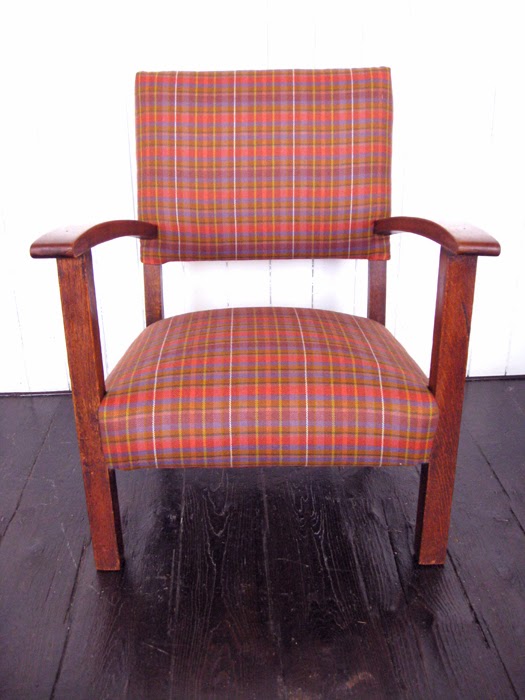 This chair was rescued from a skip by the customer and was in a poor state. It's a 'small armchair' but really amounts to a decorative item or for use by kids/teddy bears. The fabric was bought by the customer many years ago from Cambrian Mill in Llanywrtyd Wells. It is nowhere near upholstery weight but fine for use on a chair of this size/use. Fabric of this weight (not much heavier than a shirt) is not easy to line up - this took a lot longer than anticipated. 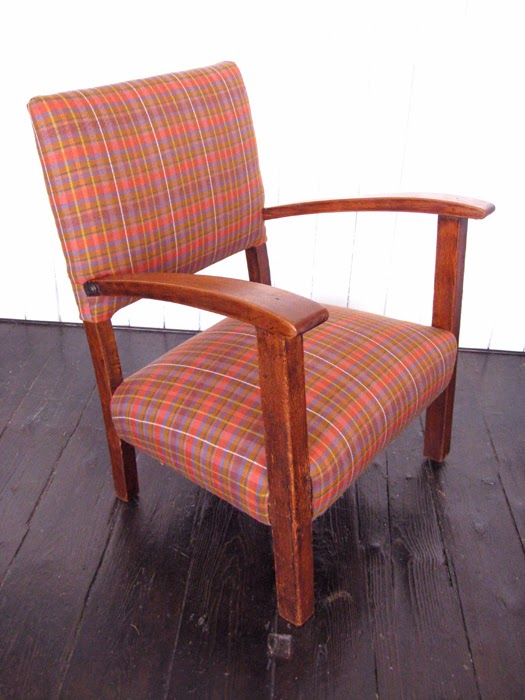 Worth it though eh?

This was a commission.
Posted by Mick Sheridan Upholstery at 01:53 No comments: 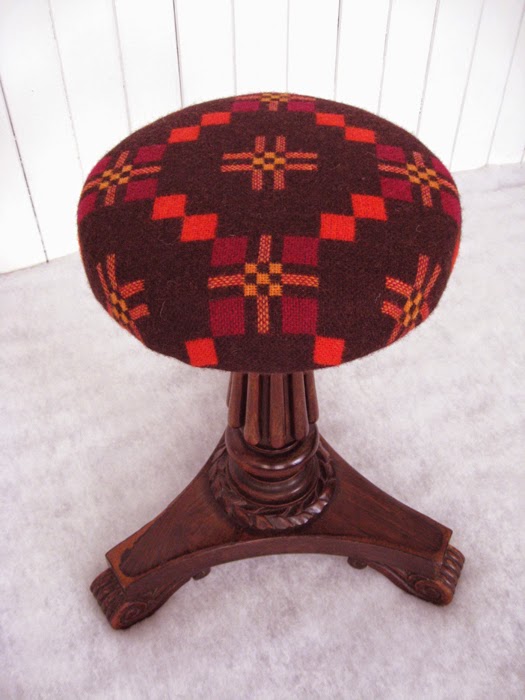 This was a commission.
Posted by Mick Sheridan Upholstery at 12:54 No comments:

A 1970's bedroom chair saved from landfill, now available to bus travellers on the B4436 at Kittle on the Gower Peninsula. 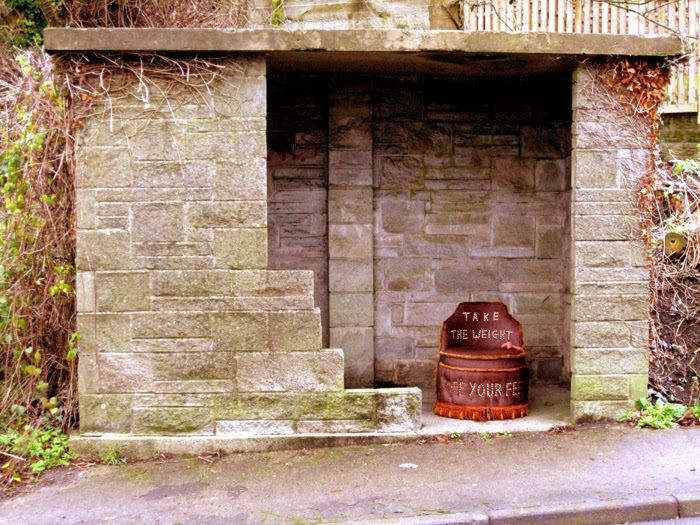 This chair was remaindered at auction and heading for landfill before my wife intercepted it and brought it to me. It was in very good condition and would have gone to a charity but without fire certificates these things cannot be re-sold (because apparently they spontaneously combust).

As it was in excellent condition I decided rather than reupholster it, I'd simply adorn it. 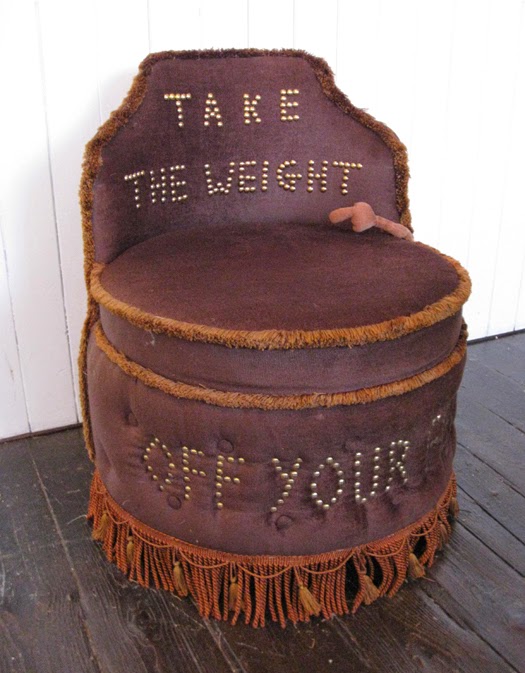 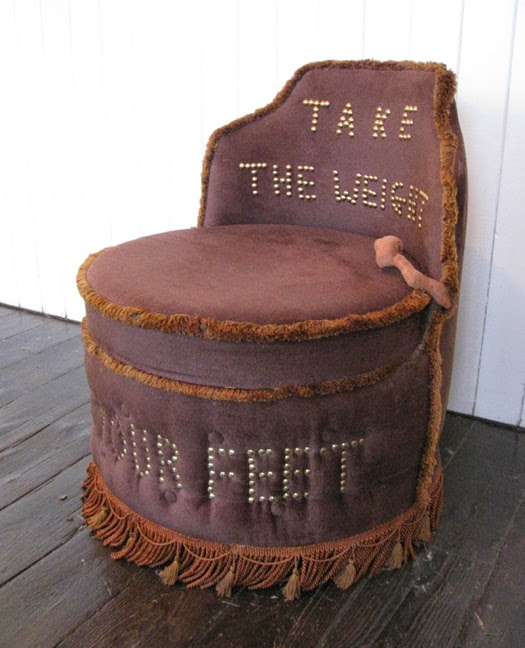 I added a posh fringe to the base (ripped from another armchair) and wrote Take The Weight Off Your Feet in upholstery nails. 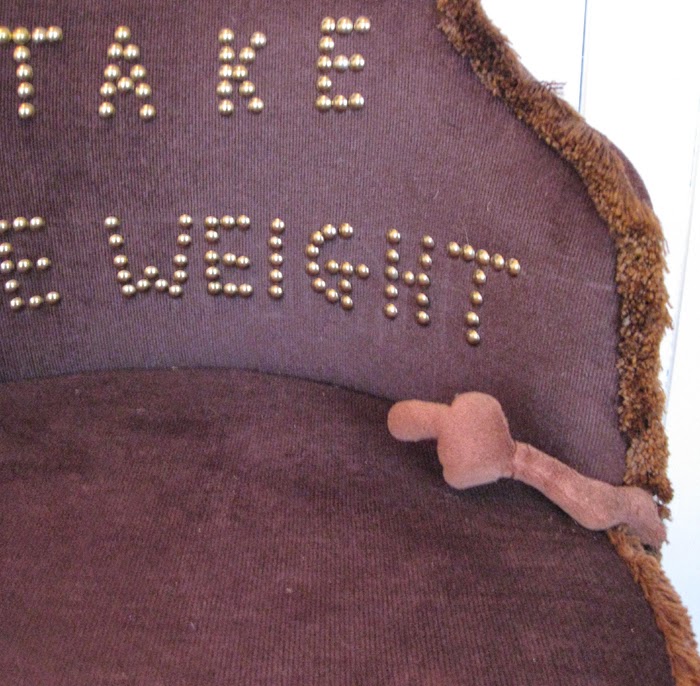 Rather than the usual plastic toy, I stitched on an arm from Wile E. Coyote (Looney Tunes) that my dog had been slowly ripping to death over the past year. 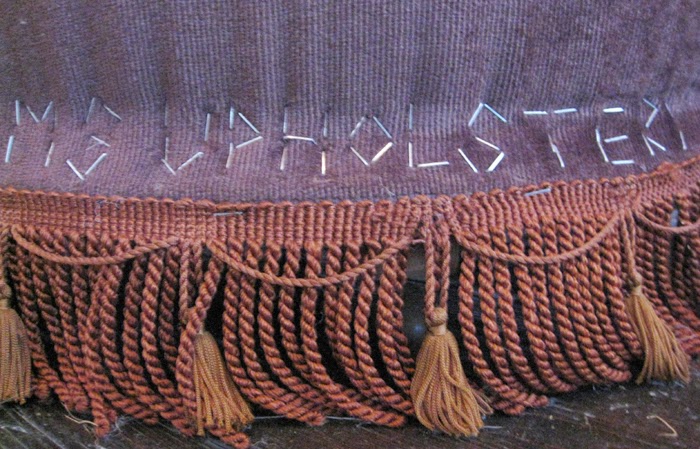 I also found a neat way to make my mark with a staple gun.


Posted by Mick Sheridan Upholstery at 01:48 No comments: