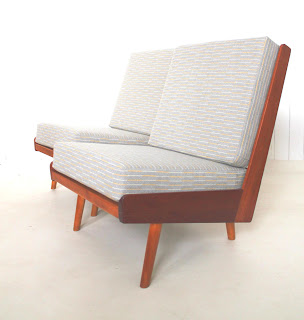 Hand made in beech and oak with nice sharp angles. 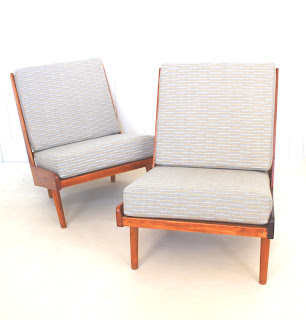 Now covered in the best fabric available to humanity. 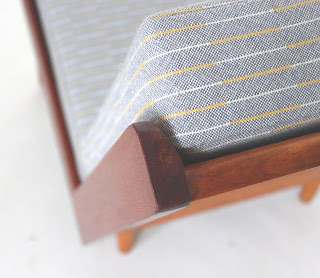 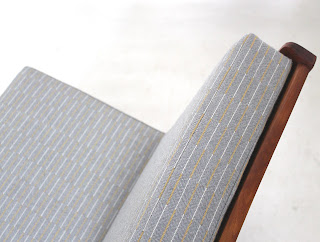 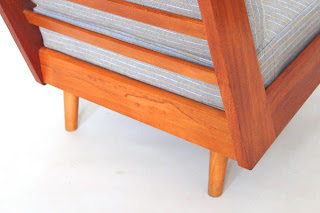 
There's nearly always a piece of Lloyd Loom furniture in our waiting list, they seem to be so enduring that they never die and they're cheap and simple to reupholster because they don't need much fabric. Here are a few recent jobs: 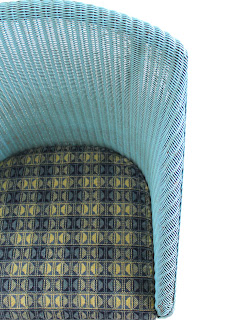 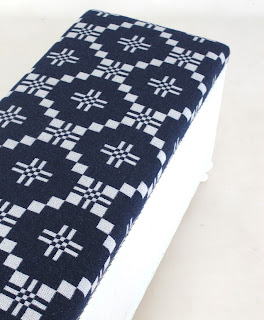 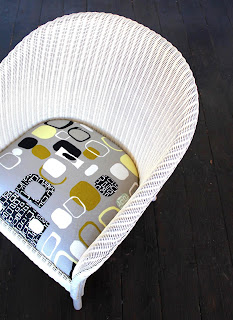 So who is this Lloyd Loom character? Well I'll tell you.

He was an American individual named Marshall B Lloyd and he patented the process of weaving twisted paper round wire on a loom to create the Lloyd Loom 'fabric'. Here he is 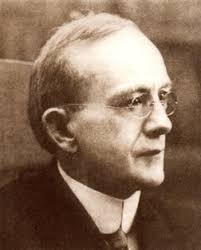 In the 1920'a he sold the UK rights to the Lloyd Loom process to W Lusty and Sons who are responsible for most of the LL furniture above. If you have a piece it's likely to have been made by them in East London (or maybe at their later factory in Worcester). Have a look underneath, the maker's mark probably looks something like this 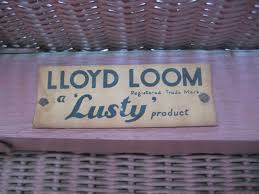 And the rest is history.

Except for one other very important thing you didn't know. A new range of LL furniture will soon be launched by the grandson of its inventor, LL Cool J. 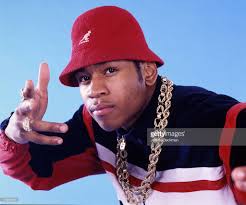 The new range will be something of a departure from the LL tradition and is based on the formal mid Victorian drawing room furniture so enamoured of its creator. 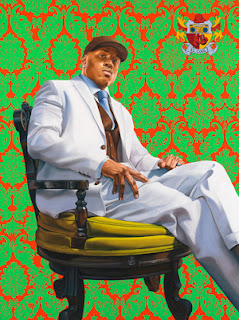 Posted by Mick Sheridan Upholstery at 01:16 No comments: 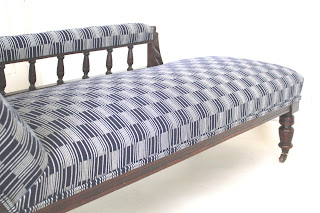 And very nice too

Posted by Mick Sheridan Upholstery at 00:35 No comments: 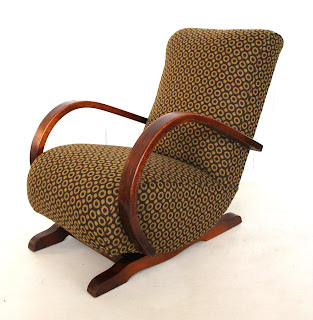 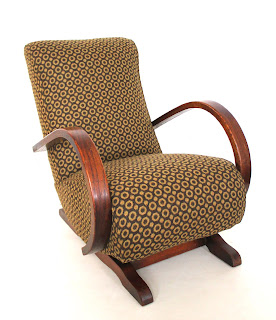 This was a commission
Posted by Mick Sheridan Upholstery at 01:50 No comments: 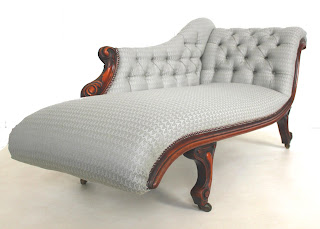 It's such a great fabric for period furniture as it somehow manages to look both contemporary and traditional at the same time - how did they do that?

Nice bit of furniture or what?

This was a commission
Posted by Mick Sheridan Upholstery at 01:46 No comments: 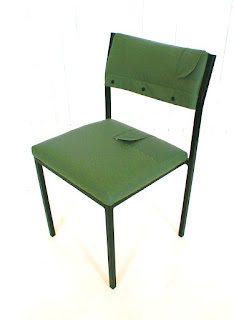 I covered this metal office chair in an old rubber anorak of mine that never fitted properly. I had intended this to be for a bus stop but it turned out better than expected so I decided to keep it. It was then exhibited in Transform:Trawsnewid a show at MWD Architects in Llandeilo on the theme of re-use of objects.

As it's waterproof it's going on my patio - look out for further chairs covered in anoraks to go alongside it.
Posted by Mick Sheridan Upholstery at 01:33 No comments: