A 'love seat' upholstered in Fred Perry polo shirts now available for lovers in the bus stop on the A470 near Libanus opposite Pen Y Fan in the Brecon Beacons. 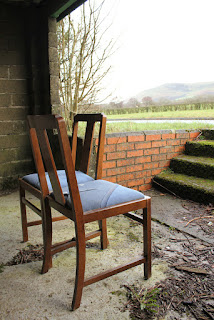 This road is very much on the scooter run route so there'll be plenty of Mod-types passing by in need of a place to stop for a fag and to punch each other on the arm a bit and maybe even look at the mountains. They'll like the Fred Perry angle I'm sure. 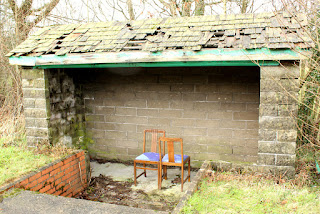 A 'love seat' is designed for two people sitting facing one another so that you may stare into one another's eyes. So bolting two dining chairs together in opposite directions is definitely a love seat and don't let anyone tell you otherwise. 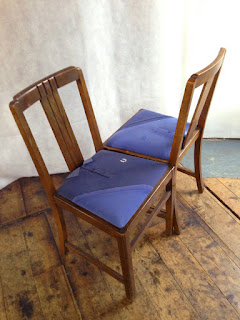 The chairs are covered with two very worn out Fred Perry polo shirts that were no longer smart enough to wear, even when painting the railings. 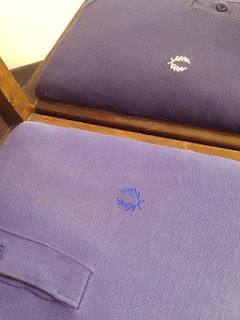 In fact there was paint on both so I had to cover up corners with opposite sleeves, giving this a bizarre sort of yin/yang look. This is probably a step too far for it to be tasteful but guerrilla upholstery is all about experimentation and once you've started, there's no going back. 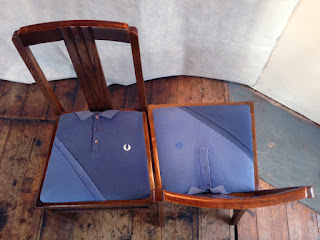 I haven't been a full-on Mod since about 1981 but I have been wearing Fred Perry polo shirts (always plain, without the tipped collar) since I was nine years old. They're just the best. If this is advertising them, good. If Fred Perry feel like sending me a new shirt for this free advertising, I'm size medium in a slim fit.

The chairs came from a friend in Yorkshire who used to have a red Vespa that we would ride about on when we were at college. When we were kids, 'rat bikes' were the coolest - these are stripped-down scooters without farings and painted black. A friend of mine was killed on one of these. I put a black rat underneath the chair in memory of him. 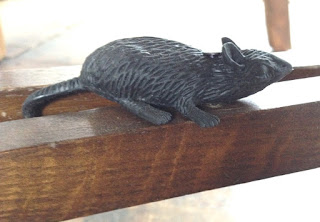 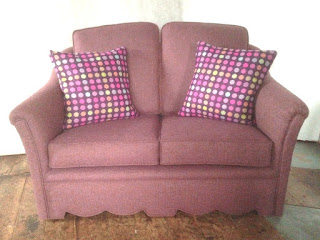 Some furniture is just too busy to take a patterned fabric so adding a couple of scatter cushions makes all the difference. 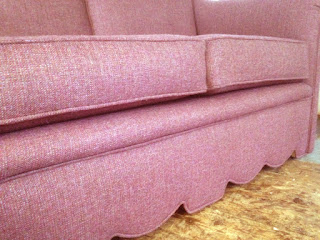 I wasn't convinced about the scrolled plinth on this and was going to suggest to the customer that it was nothing a good piece of plywood couldn't put straight but by the time I came to it I had begun to rather like it and if nothing else, it was quite fun to upholster. 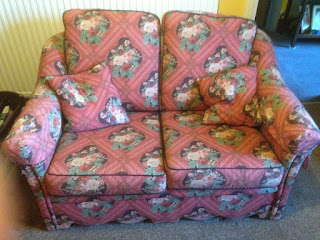 I don't often post before and after photos but this really take some beating eh? 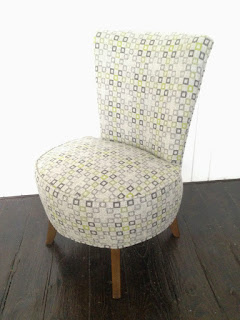 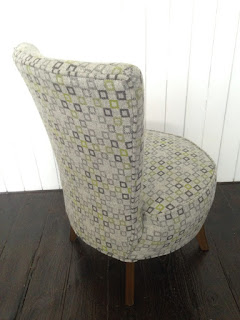 I'm not sure if the inspiration behind the Mini Madison fabric design was Madison Avenue, but it's feasible isn't it? The squares bring to mind the New York street grid, to me at least. 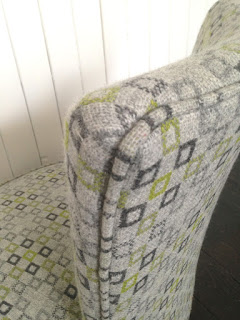 Also makes me think of the painting Broadway Boogie Woogie by Piet Mondrian, what do you think? 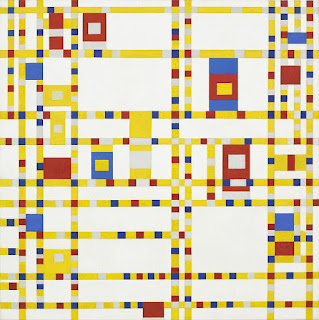 Might have a job setting up a loom to weave this kind of geometry eh?

Anyway, I love Piet Mondrian and I love Melin Tregwynt and I love this chair, so I'm, you know, really quite happy.

This was a commission.
Posted by Mick Sheridan Upholstery at 09:37 1 comment: 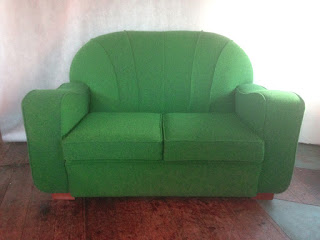 Super-wide arms with some serious curves. 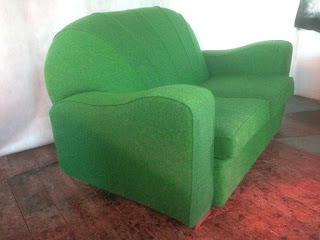 And an unusual back that I'm calling a shell-back because of the shape but technically it's just stitched panels with piping rather than the fluted back you'd expect. 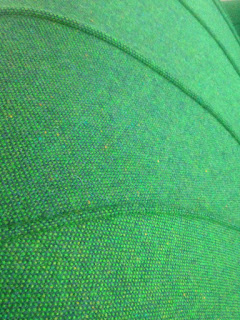 And another knockout tweed fabric from Bute.

This was a commission.
Posted by Mick Sheridan Upholstery at 04:40 1 comment: