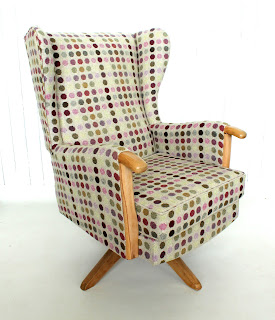 This was looking pretty much ready for the dump in a green moquette and a sort of ginger-brown stain on the woodwork, but look at it now. 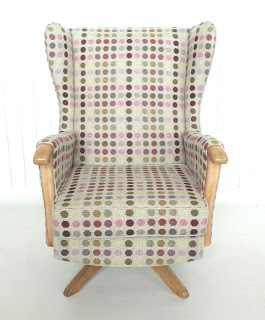 We sanded down the woodwork (thanks Sam my work experience boy) and reupholstered it in the iconic 'spots' fabric by Melin Tregwynt. This is the last of this particular colourway from them as this fabric design is being discontinued, so if you want a chair done in 'the spots' you better get in here quick - only Natural and Sage colourways still available. To be very honest I won't really miss lining up the pattern - this chair took ages to get right... 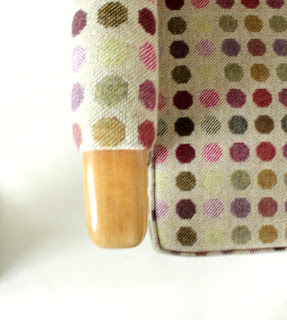 I will miss the fabric though, lovely stuff innit. But as we know 'change is good' and Melin Tregwynt are brave to discontinue something that has has become iconic for themT to quote Warhol, "They always say time changes things but you actually have to change them yourself".

This was a commission.
Posted by Mick Sheridan Upholstery at 00:45 No comments:

Bus Stop Chair on the B4319 near Merrion, Pembrokeshire


This chair now available for bus travellers heading up to St. Twynnell's, Pembs. 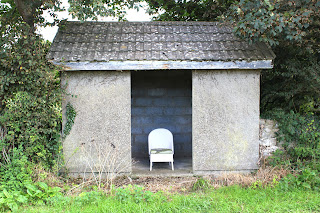 This bus stop is very close to the Castlemartin military firing range and about as close as I could get to leave this chair without causing a security alert. 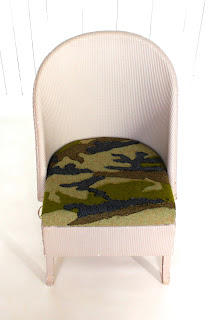 You see I did the chair with soldiers in mind - it's covered in a applique tweed camouflage (French woodland pattern) I made from offcuts of British tweed from Melin Tregwynt, Bute and Camira fabrics. 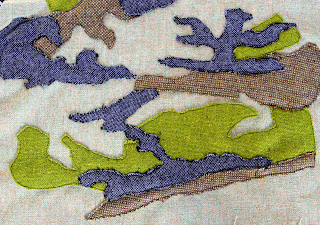 I really have a thing for camouflage. It's slightly ironic as I am a confirmed pacifist and know of no situation where war is justified. It's a probably hiding thing - I love hiding, it's a great pastime, you should try it.

Anyway I also have a thing about toy soldiers as you probably already know. And where better to display some toy soldiers near the very place where soldiers come to 'play'. So there's some in the little draw on the side of the chair. 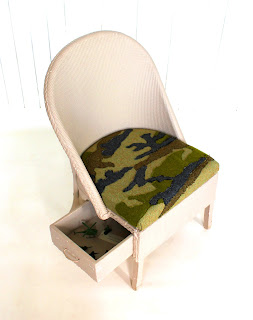 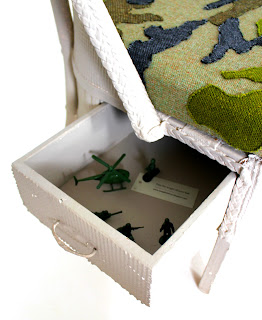 So if you're waiting for a bus or just being diverted from the coastal path because the firing range is active, you can have a little play with the soldiers, in fact, if they're firing you won't even need to do your own sound effects. 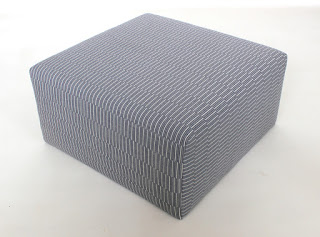 I probably go on about it too much but this is just about the best fabric an upholsterer can work with. It's a doublecloth harking back to the Welsh tradition but woven in Scotland in the tightest weave you've ever seen. 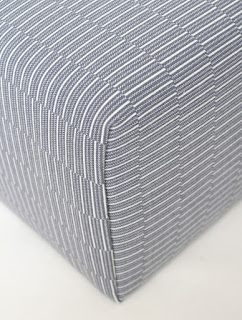 Hand stitching it (above) almost gives a machine stitch finish. And above all it's just beautiful.

It's one thing to reupholster furniture in bright colours and prints and all that but another thing altogether to use this. There I've said it - use this.


Posted by Mick Sheridan Upholstery at 03:53 No comments: 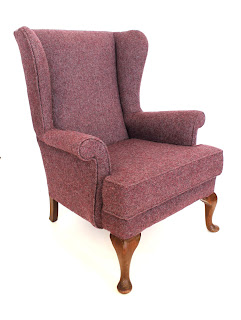 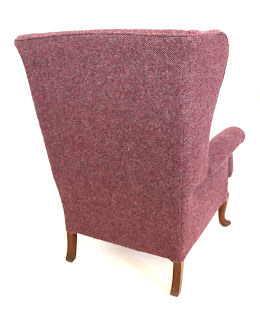 This fabric was sold to me by someone who bought it from Melin Tregwynt 'sometime in the 1970's' and it certainly has the typical colours of yarn they use. But it's not like the fabrics they weave today - this is FLUFFY. 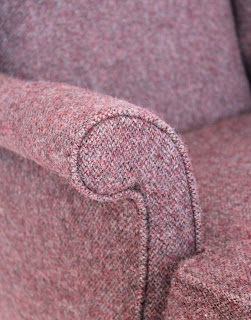 And you can't beat a fluffy armchair now can you? Really, really comfortable.

So come on woolen fabric manufacturers, let's have some new FLUFFY fabric.

Posted by Mick Sheridan Upholstery at 03:28 No comments:


Here's a few more of my milking stools that might take your fancy - all for sale. 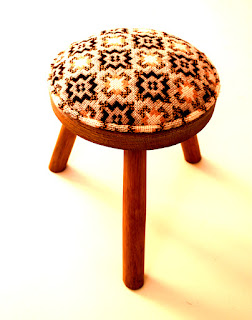 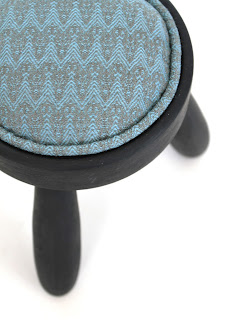 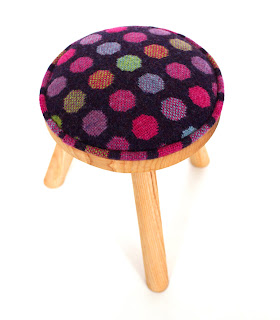 All hand stitched to piped edge and, you know, total quality.

Posted by Mick Sheridan Upholstery at 03:13 No comments: 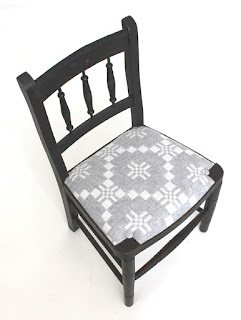 This was originally a rush seat which I replaced with webbing and upholstery. Rush seating has tapered rails to cater for the double weave required at the corners. This makes the corners very difficult to anchor when upholstering so I used some upholstery buttons and secured them underneath. 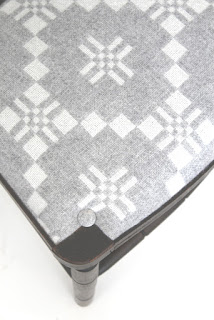 I've never seen this before but I think it gives a smart finish and adds a little detail which can't be a bad thing eh?

Child's chairs make great gifts and I can often find a small offcut from another project to cover with, making it very inexpensive. Got a little chair in the loft? Then what are you waiting for?

Posted by Mick Sheridan Upholstery at 02:58 No comments: 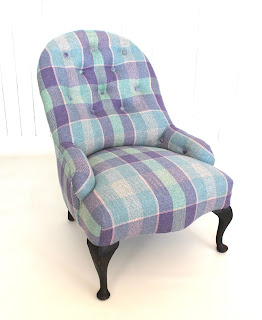 I chose to shallow-button the back because deep-buttoning greatly distorts the plain pattern. Shallow buttoning 'pinches' the pattern without altering the line of the checks too much. 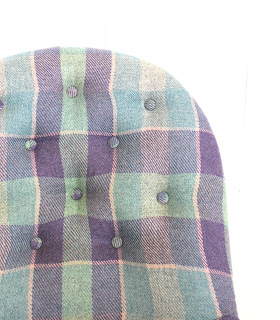 Posted by Mick Sheridan Upholstery at 01:00 No comments: