Armchair and ottoman in Bute tweed 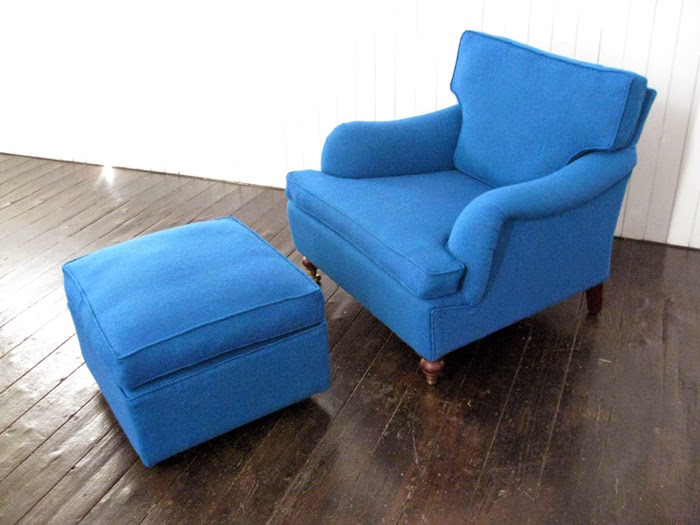 Lots of furniture made in recent years is not worthy of the cost of reupholstery, but much of it is. This set was made by the Laura Ashley company in 1995. Twenty years later the foam cushion needed replacing and I made a new feather and poly mix for the back. Now covered in a very strong Bute tweed it's probably better than new. 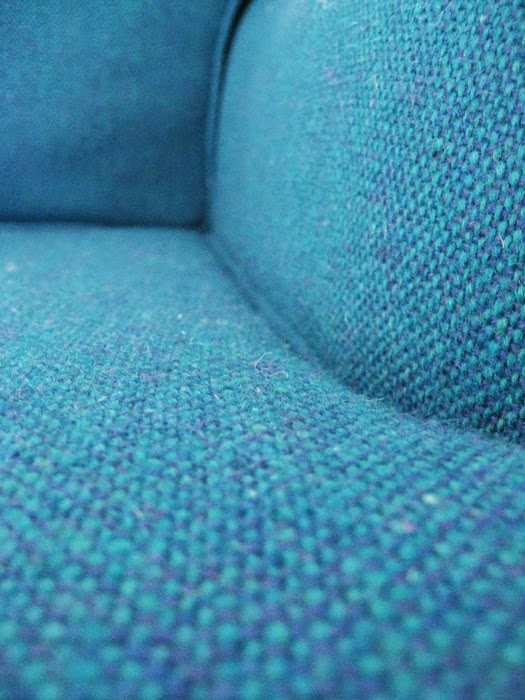 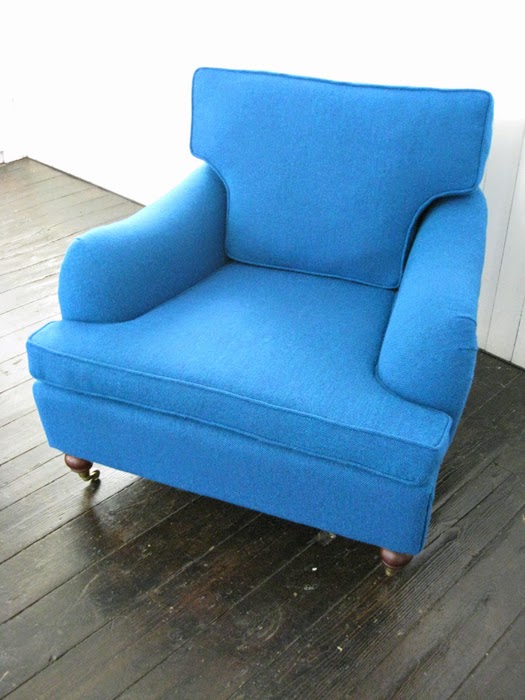 The frame is beech and the sides are plywood. Lots of cheap new furniture from the likes of DFS is made of chipboard, and it will crumble and break in a few years, but plywood is super-strong and may well last better than some solid wood. If you're in any doubt, here's artist Tom Sach's "Love Letter to Plywood" film that explains so much better than I could.


So bring me your plywood furniture in its tired fabric and allow me to make it great again.

This was a commission
Posted by Mick Sheridan Upholstery at 13:23 No comments: 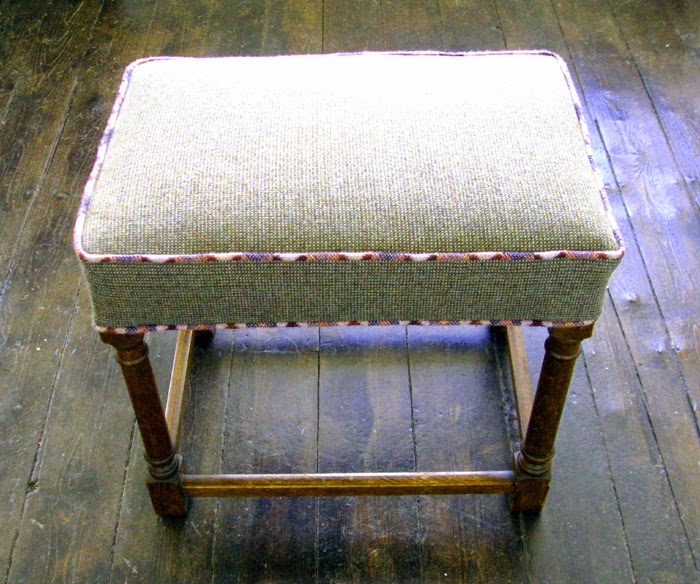 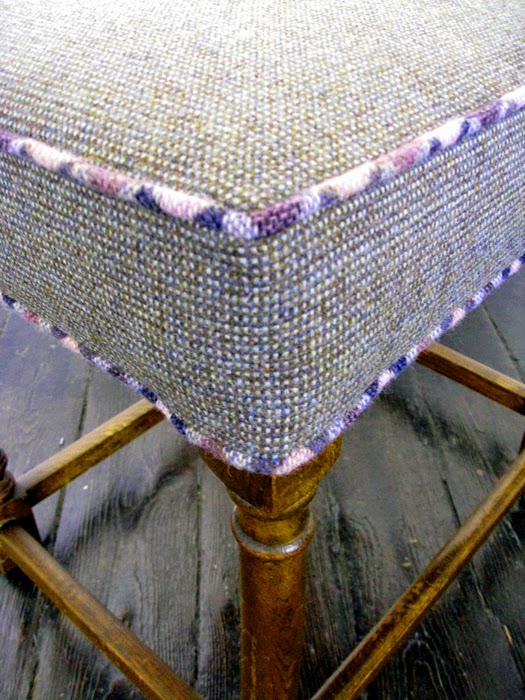 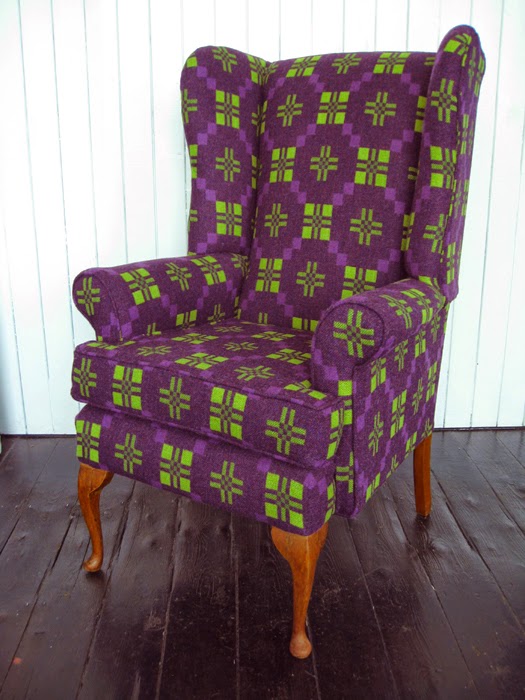 Here's another customer with strong enough conviction to choose a full-on fabric from Melin Tregwynt. She wanted something that would make a statement and she certainly got it. Just look at it. I think the term is Eye Popping.

This fabric is a traditionally woven wool in an 18th century pattern based on Shaker weaves. It is 100% British (Welsh) and cool enough for Matthew Hilton (with SCP) - here it is on one of their Balzac chairs. 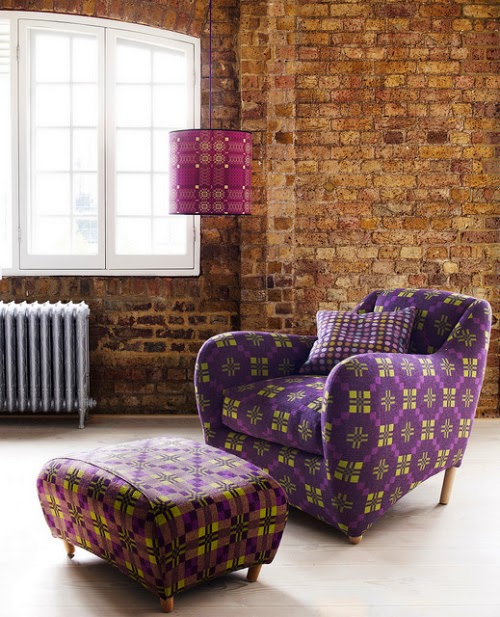 And because of a brave decision, this customer now has one in her living room.The only one of its kind anywhere. 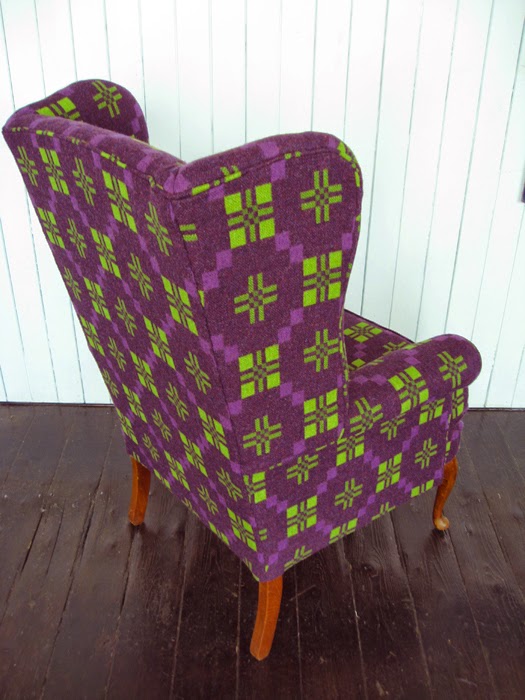 I had it in the window of my showroom for a day before it was collected and a couple stopped the car and came in to ask me how much it was. 'Not for sale' I told them, 'but I could reupholster one of your chairs in the same fabric.'

'Hmmn,' they said, and went away chattering like sparrows.

Posted by Mick Sheridan Upholstery at 09:53 No comments: