"Deep in the Woods" Chair 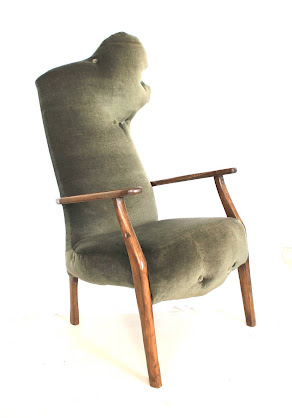 I wanted to make a chair that looked like it had been left in the woods and been taken over by nature, you know: wet, bloated and colonised by moss and fungus. Quite why I wanted to do that I'm not sure but I suspect it has to do with living in this rural environment - inspiration shifts when you no longer live in the city and the hard, angular, urban shapes in the mind are replaced with soft, organic forms. Whether this suggests that the sharpness of the mind is also lost in this process I will leave up to you to decide. 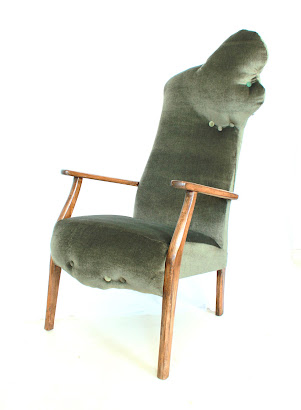 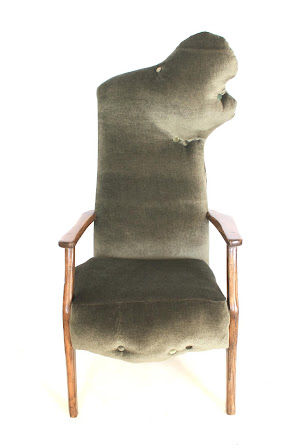 Anyway, someone left a chair in the street outside my workshop. I assumed  it was intended for me so I took it in and transformed it. 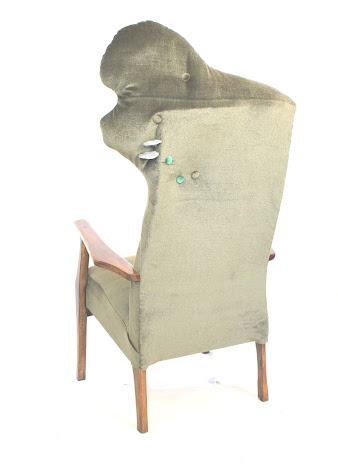 The chair was a very upright old Parker Knoll armchair. Here it is in the street. 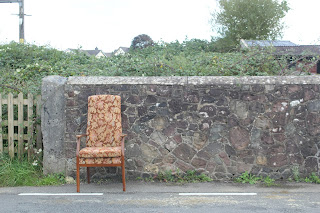 After stripping it down I chopped and angled the back legs to make it more comfortable. 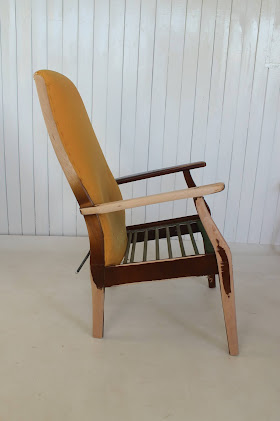 Before hacking further at the legs and staining for the finished 'left in the woods' look. 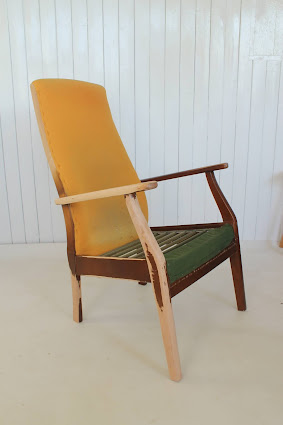 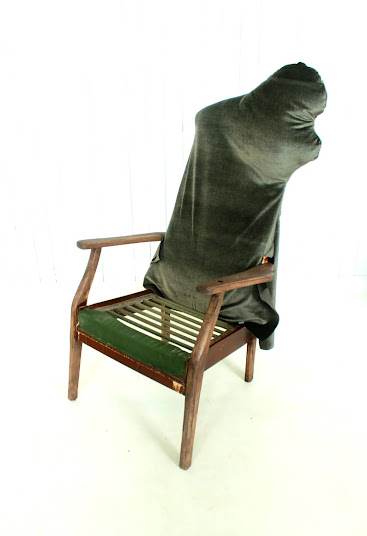 When it was finished I took it back out into the street for a photograph. 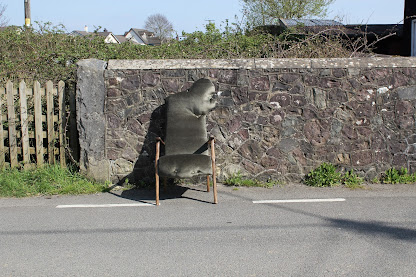 And thus the idea for Guerrilla Reupholstery came to me  - in addition to upholstering unwanted chairs and leaving them in bus shelters for people to either use or take home, I could take discarded or flytipped furniture from the street and reupholster it for use in people's homes.

This one is for my own home but hopefully I'll develop this idea and start making them for other people.

Posted by Mick Sheridan Upholstery at 09:03